We had Majestic middleweight Lee Wilkinson back in action again last Saturday at the Parks sport centre in North Shields. Two hard fought wins in quick succession for Lee after a cracking bout only 2 weeks prior at Rainton Meadows arena. Coach Dale Blacklock stepped up to work the corner on this particular night and this is his recollection of the bout..

“First round was cagey, the first 30 seconds or so Nicky was trying to establish his height and reach, and Lee was trying to close the range down but falling short with the back hand , then he started to get a bit of success towards the end of the round getting Nicky against the ropes but unable to pin him down fully.

Second round was pretty even I would say – Nicky was pretty much throwing straight shots but Lee was starting to establish the jab more to set up his over hand rights with a few hooks and uppercuts on the inside.

I noticed that Nicky was drifting to his left repeatedly in the second round, I told Lee to loop the right hook over the top with timing and he did in the third round.
He out fought him from then on after landing a few of those shots – Nicky went into his shell and and Lee kept pushing on despite being exhausted. I’d say 2 rounds to Lee, 1 round to Nicky”

We continue the journey and aim to keep Lee busy with fighting as experience and practice is key to success, but for now we celebrate. 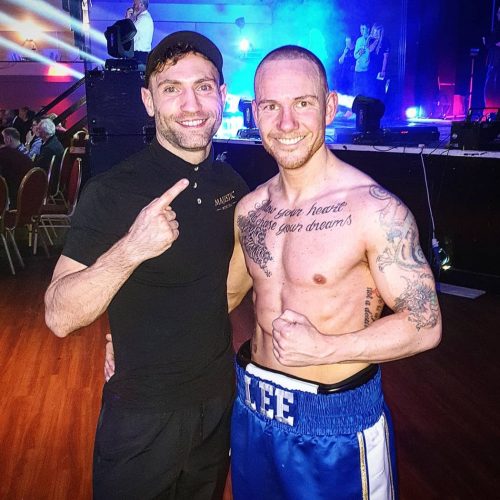 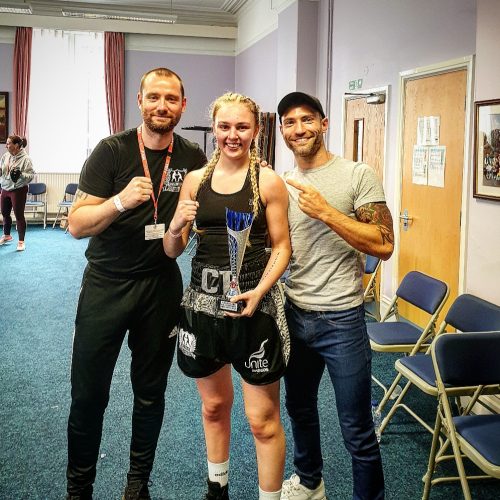