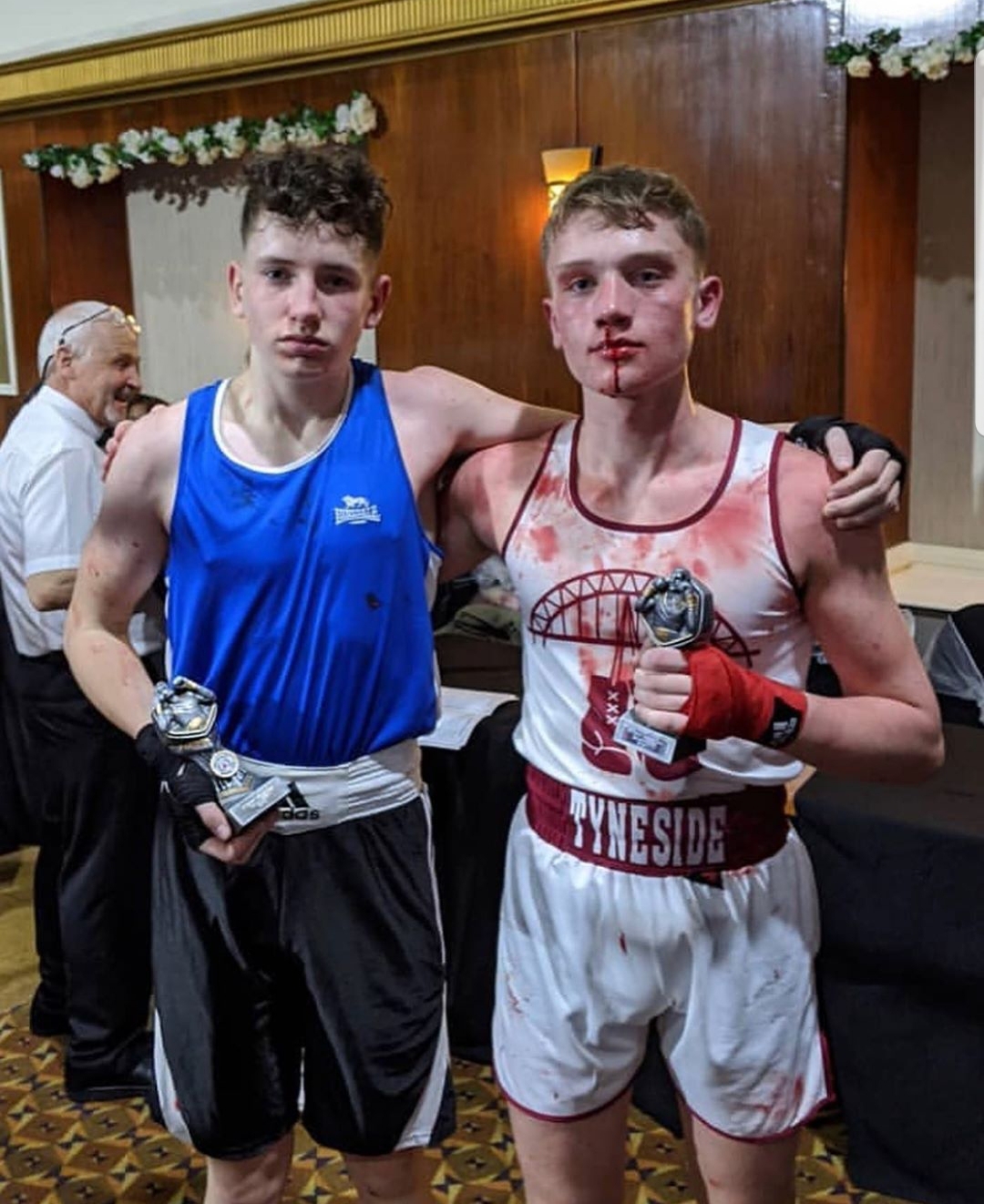 The bout started fast pace both lads landing big shots early. His opponent started slightly faster and was more experienced than Bailey having boxed previously.
Bailey put his shots together well after the initial first exchanges, avaiding punches but also taking them he managed to give his opponent a standing count in the first round.

The second round came and Bailey had already received a nasty nose bleed at the end of the first round that got progressively worse as the fight wore on.
He still managed to stick to his boxing and at times looked for side steps and angles.
Both boxers landed heavy shots but Bailey connected clean and gave him another standing count in round two.

The third round came..
Here we go again then!
His opponent sensing he was 2 rounds down came forward for the full 2 minutes making it an action packed barn brawler!!
The ref halted the contest to let the doctors check out Bailey’s nose. They were allowed to commence and they went at it again for the last 20 seconds or so, absolute war!

Undoubtedly with any competition we take both positive’s and negative’s from the bout and look to improve in all areas moving forward. Bailey wins his debut fight by unanimous decision !!

It go’s without saying that I’m extremely proud of this young lad and what he’s achieved. Also in life away from his boxing.

He started at Majestic a little over year ago originally doing boxing PT session’s with myself to improve his boxing skills.

It wasn’t long before he wanted to compete and so was instructed by head coach Ross Wilkinson at Tyneside Boxing Club to get down to 69kg in body weight.
He was 83kg when he started at Majestic so that’s a 14kg weight loss he achieved and he did that in 3 solid months of hard work, completely changing his diet and training and lifestyle.

This is just the start for this young man and we look forward to seeing him progress.
For now I speak for the whole Majestic team when I say that we are extremely proud of him and how he carries himself.

We continue the journey. 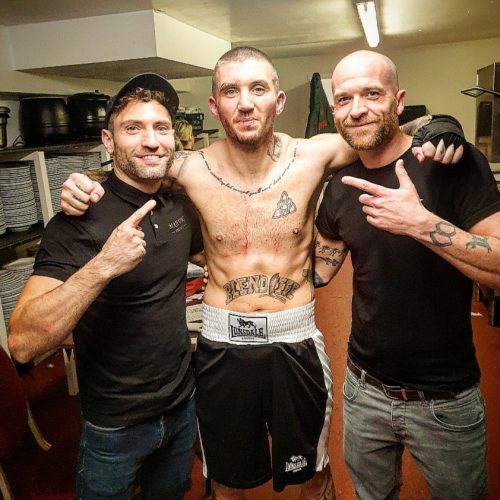 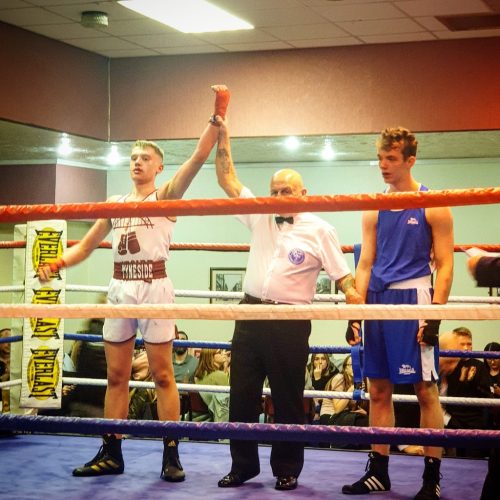